Get your DAILY BURN on by subscribing

The state of Michigan has updated their labeling and packaging guidelines. We have created a handy guide for our customers. To download the PDF guide, CLICK HERE. Below is what the new packaging regulations say:

The Official Spelling Of Marihuana

Michigan’s health board has decided to make the official spelling on the packaging of the legalized herb as marihuana, with an “h” instead of the more commonly seen spelling of marijuana with a “j”. However, on some ordinances and legal regulations the terms ‘marijuana’ and ‘marihuana’ may be used interchangeably. This specified spelling is to be used on the labeling of cannabis products sanctioned by the state of Michigan will make the packaging look unique and different. That was the spelling used on the federal Marihuana Tax Act of 1937 that made the herb illegal in the U.S.

Michigan has also come up with an official marihuana symbol that’s to be displayed on all state-licensed marihuana products. Established under Michigan’s Medical Marihuana Facilities Licensing Act, the symbol they developed consists of a green triangle turned upside with a green background. In the middle of the triangle, there’s a marijuana plant. The words “marihuana product” have to be displayed prominently above the triangle. This universal symbol, which looks similar to the biohazard symbol, must be placed on the label of all marihuana products containing THC that’s sold in Michigan. THC, or tetrahydrocannabinol, is the biological compound in marihuana plants that produce psychoactive effects.

Any symbol that is surrounded by a triangle is a generic caution symbol. Like the high voltage symbol, Michigan’s marihuana products universal symbol is designed to alert people that the product can be potentially dangerous to children and others and they should stay away from it. Understanding that products containing THC can be dangerous to some, it is appropriate for the state of Michigan to label products with THC with a symbol that will get their attention and warn consumers that it is necessary to act responsibly when storing the product so it doesn’t get into the wrong hands. 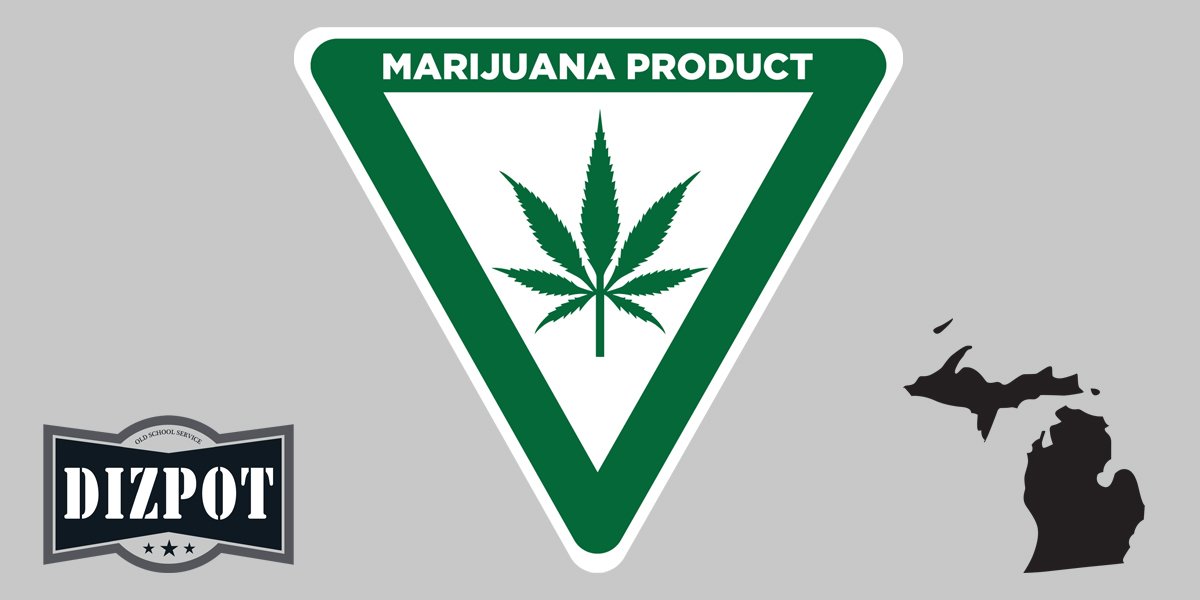 The Michigan Department of Licensing and Regulatory Affairs has also released other details about the labeling of medical marihuana products. Items containing medical marihuana that are produced in accordance with Michigan’s “Medical Marihuana Facilities Licensing Act” most have some important information on the label in order for them to be in compliance with state laws regarding marihuana. Before marihuana products can be sold or transferred to a provisioning
center, the bag or container in which the marihuana product is held must be sealed and have a label with several important pieces of information. The things that must be on the label are:

Plants or products that do not meet the MMFLA’s definition of “marihuana” do not need to have the universal symbol on their package.

These are just a few of Michigan’s important edible marihuana packaging regulations.